A couple of weeks ago my mom bought me a new cookbook as a little present, not really for anything special, but rather just because she thought I would like it. It really is the little things!

As I was flipping through the pages, I was struck by a recipe for mashed potatoes which used ginger, mustard seeds and turmeric. I had been wanting to make a version of smashed potatoes for some time and thought:  “Why not combine the two?” Really, how can you not like a smashed potato that is flaky on the inside and crispy on the outside?! Hello!

So, I made a spice mixture inspired by Padma’s mashed potatoes but using the smashed and re-baked concept that Cheap Recipe Blog and White on Rice Couple showcased so beautifully.

What resulted was what my family declared, “one of the best things they ever ate”. So, of course, because this is how these type of things happen, even though I wrote down the recipe in detail, it somehow got lost. Can you believe that?!

A week or so later, I tried recreating it when a friend was in town and it was good but not quite as fabulous as the first time. After a couple tweaks, I finally got it {again} and am excited to share them with you!

These are so tasty, a bit different, really hard to resist and I think you are going to love them!

If you eat chicken, I think these potatoes would be excellent served alongside The Only Oven-Fried Chicken Recipe You Need, Foolproof Roasted Chicken, Indian Chicken Stew, Turmeric Grilled Chicken (Gai Ka-Min) or this {Slow Cooker} Chicken Curry. 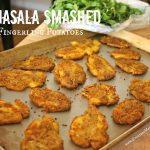 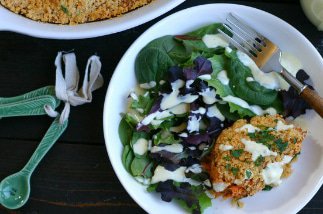 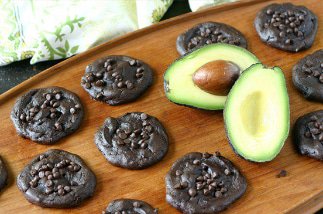